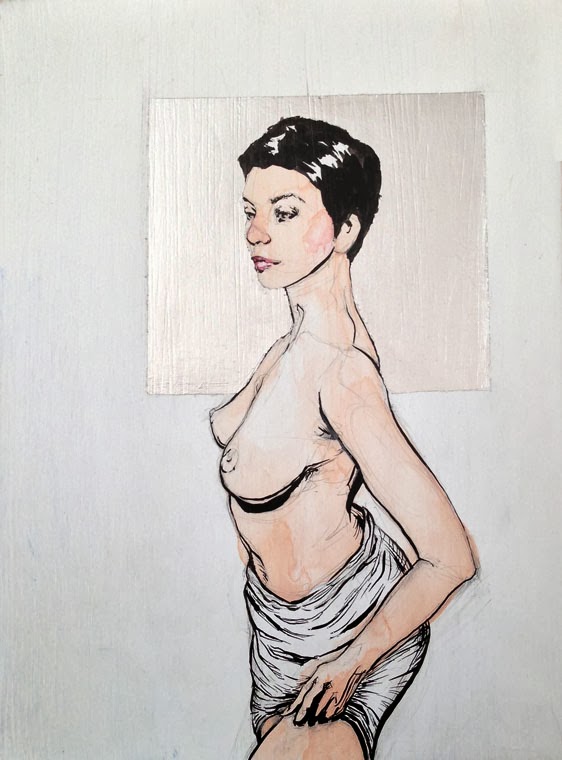 I gessoed a cradled birch board and free-handed a pencil drawing of Julie.  My photoshoot with Julie took place over two years ago and it's become my most prolific source of reference material.  There is something about her features and form that enable me to render her almost effortlessly.  I've drawn over a hundred models -- several of them many times over -- and I'm fascinated why some are so much easier to draw than others. 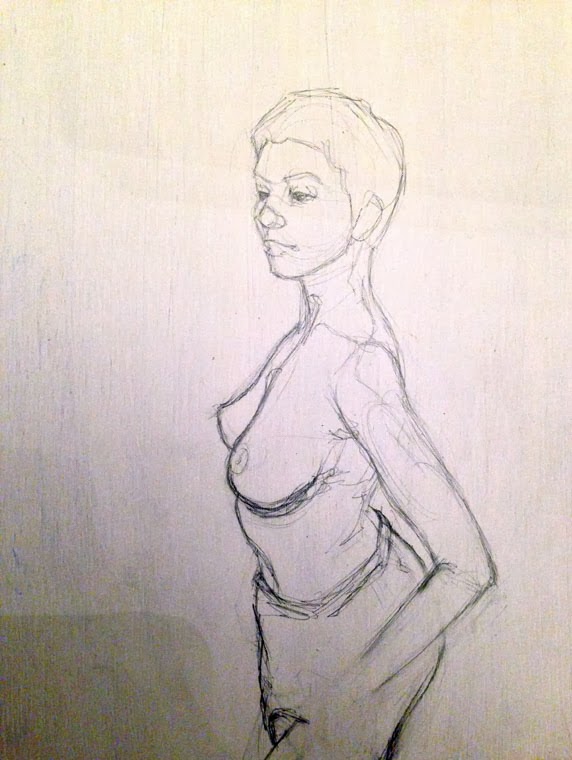 Upon completing the sketch it became decision time.  I thought I wanted to render her in the style of a 60's lifestyle illustration -- with dark outline and monotone paint scheme -- but I was unclear on the mediums. I knew that I definitely wanted to experiment with metallic leaf so that played into the decision.  I had to use a water-based medium since oil would create a mess when I tried to apply and remove the metal leaf.  I could have placed the leaf first and then rendered in oil, but since it was my first time using leaf, a water based medium provided margin.

I thought it would be best to start transparent (watercolor) because I could always go over it with an opaque (gouache/casein/acrylic) if necessary.  I used a watercolor pan set and liked the results.  For the majority of the inking, I used a Hunt #102 pen nib.  I employed a Windsor&Newton Series7 #2 brush to fill in larger areas and create a few nuanced marks.

I expected the application of the leaf to be difficult, and the removal to be easy, but the opposite occurred.  I taped off a square and applied Mona Lisa Adhesive Size with a brush, carefully rendering around the head.  After waiting thirty minutes for the size to become tacky, I laid down the leaf and pressed it down using my thumb and rolling brayer, keeping the tissue paper in between to not damage the leaf.  Online instructions recommended using a squirrel hair brush to remove the unglued portions of leaf.  Not having this type of brush, I opted to use a sable, but this seemed to be too soft.  Removing the excess leaf involved rotating through a razor blade and various brushes to find the proper combination and angles.

Initially, I thought I would paint the background a cadmium red color for contrast, but liking the white, decided to keep that background untouched.  One thing I like is how the whole piece changes depending on angle and its setting. 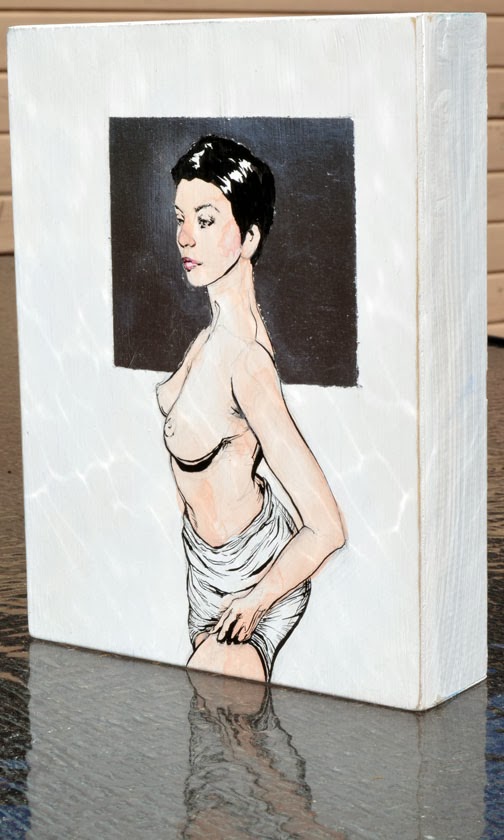 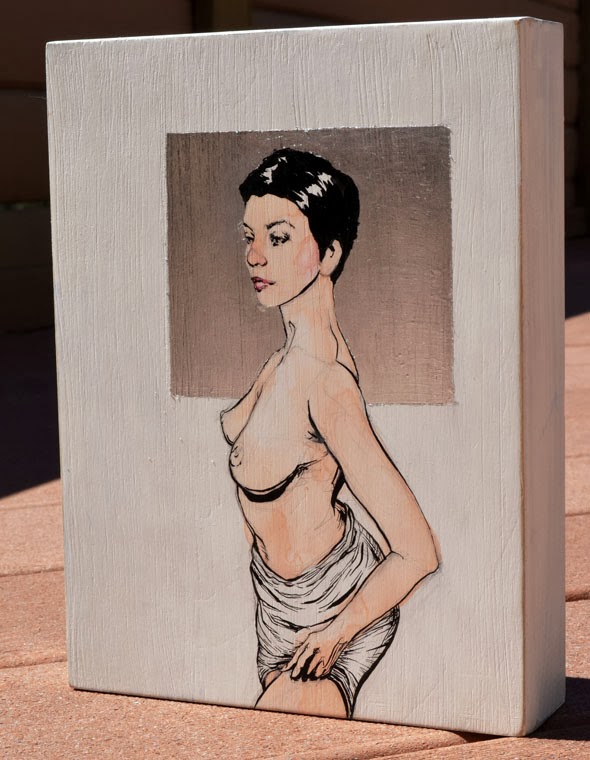