Kate with Blue Background (Gouache, watercolor, and ink in Moleskine sketchbook. 5x7").  I was feeling an urge to use a pen nib and hadn't in a while, so I decided to bust it out for the shirt. 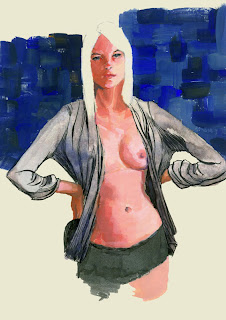 Posted by Bryan Tipton at 9:46 PM No comments:

An Origami Swan and the Art of Exploring

Juliana and I woke up this morning, bandied about some places to start off our day, and ended up with a consensus: Coronado Island.﻿  Between getting a late start and the time change, we found ourselves in that in-between time of brunch.  For some reason, I dislike brunch -- either the food or the idea or both -- I want something hearty and definitive -- but a simple coffee and bagel sounded good so we began at one of my fave coffee shops in the city, Cafe 1134.  While Jules ate her breakfast quiche, I did a watercolor of an origami swan that I had folded the previous evening.

I thought it would make a good subject for a still life.  An origami sculpture has structured planes, interesting geometry, and nuance. It required a careful study of edges. A few months earlier Jules and I had watched a documentary called Between the Folds.  While it started slow, it quickly grew to reveal a world I had no knowledge about.  It was mezmerizing to see what compositions were possible with folded paper and to understand how philosphy, style, and mathematics had entered into its development.  Origami was more difficult than I anticipated.  Instructions referred to a mountain fold and other named techniques.  Diagrams were not intuitive and required dilligent interpretation.  Even for something as simple as my swan, Jules had to step-in and help me extrapolate a few steps from the directions.  But alas, a swan was created.  I was generally pleased with how my watercolor rendition turned out.  In some ways, I surprised myself, which is always a good thing to happen when creating art. 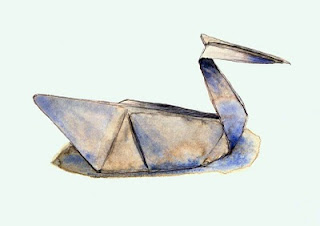 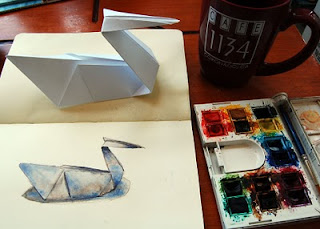 Jules and I walked around Coronado in our nearly matching Converse we had bought the day before.  Coronado has a small and quaint bookshop that I enjoy perusing.  Despite its sparse art section, they always seem to have an engaging art book that I buy.  This time I found two: the Big Book of Contemporary Illustration by Martin Dawber and an amazing watercolor book called Rooftops of Paris by Fabrice Moireau and Carl Norac. 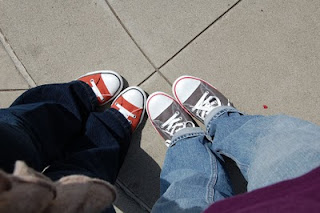 We explored the east shore of the island a bit.... 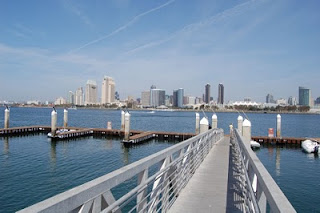 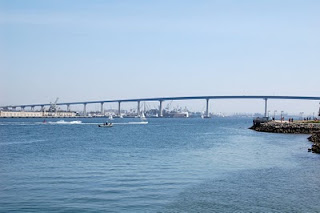 and then headed back across the Coronado Bridge to San Diego proper. 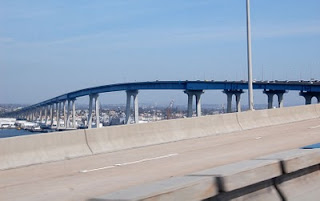 Still feeling in the explorer mood, we went to Balboa Park.﻿ 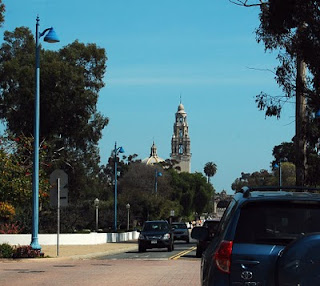 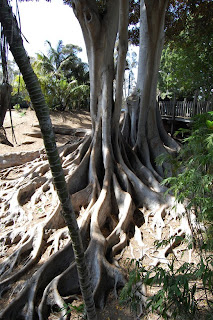 We renewed our membership to the San Diego Museum of Art.  They had an amazing, and very humbling, Japanese woodblock exhibit.  We watched a 30 minute video that showed the process.  Unbelievable.  In making art, I often get caught up in the end-game.  It's nice to be reminded that it's about the process.  You must enjoy the process.
To showcase the Thomas Gainsborough exhibit, they had a time-period dress on display.  Jules tried it on. 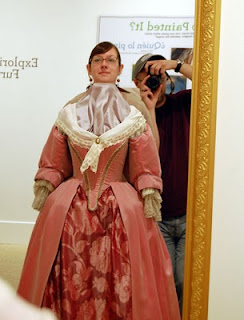 I recently bought a lettering template and am resisting every urge to use it constantly.  I have a suspicion that it's a battle I will lose.
Posted by Bryan Tipton at 10:47 PM 2 comments:
Newer Posts Older Posts Home
Subscribe to: Posts (Atom)