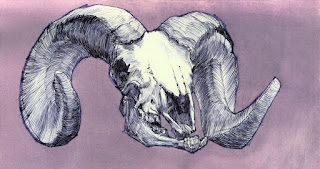 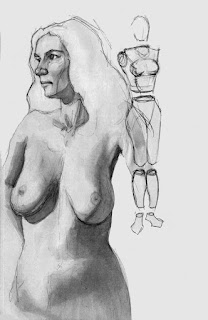 Fortunately I finished my pen work before we got hit by a few 5+ earthquakes.

Posted by Bryan Tipton at 8:11 PM No comments: 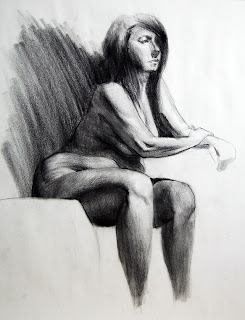 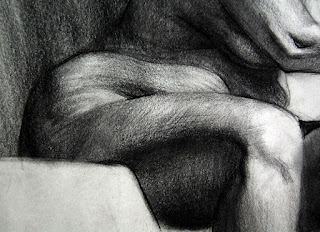 Many thanks to my instructor, Stan Prokopenko, for his help.  Stan has started a series of videos on YouTube on how to draw the portrait.  They're really well done and fun to watch.  Check them out....
http://www.youtube.com/user/ProkoTV

Posted by Bryan Tipton at 12:34 AM No comments:

Belly Dancer I (Pencil and watercolor in Moleskine sketchbook, 4x6"). 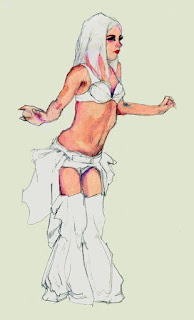 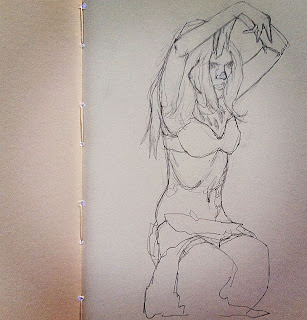 At the Escondido Renaissance Fair, I took reference photos of belly dancers and knights in armor, among other things.  They've been fun subjects to draw.
Posted by Bryan Tipton at 4:21 PM 1 comment: 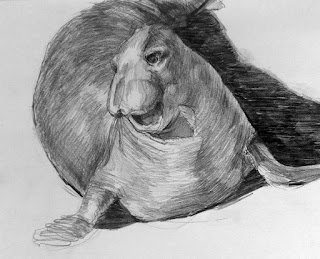 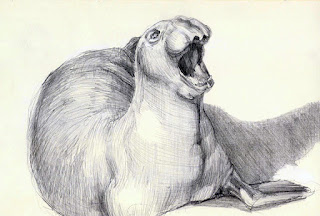 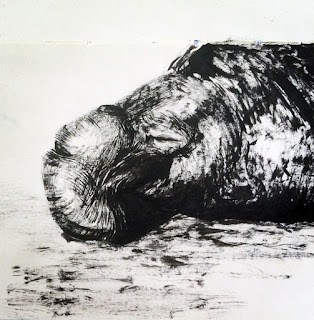 As mentioned in a previous post, I don't particularly care for the overly blended pencil look.  Perhaps it's an over-reaction on my part, but I've been experimenting with other methods to create values.  I opted for a more pen/ink/etching based rendering composed of cross-hatching and emphasizing the form by rendering in the direction of the shape.

This past January, Juliana and I went on a road trip up the California coast.  We started in San Diego and ended in Bodega Bay with several stops along the way.  When taking road trips, it's easy to focus on the destination, so we tried to let whimsy be a guide, and stopped at anything that piqued our interest.  One of those stop brought us to an elephant seal colony near San Simeon.  It was amazing to watch them interact and move.  They are such strange and awkward creatures.  Mating season had begun which made them territorial and caused frequent confrontations.  The drawings above were based on my photos. 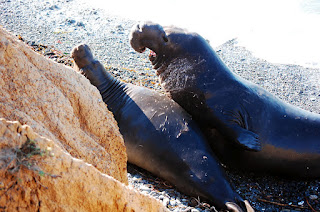 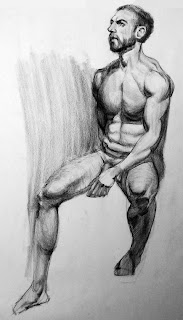