Before work, I spend my mornings drawing in a nearby coffee shop. I often bring photos and reference of things I want to draw, but sometimes I’m in a hurry and don’t have time to prepare reference, or I’m bored with what I brought. When that happens, I turn to a favorite object: a chair.

I’ve been going to the same coffee shop since I first moved to San Diego ten years ago. It occupies a wonderful, open space. High ceilings. Great light. It has a welcoming vibe with friendly staff. It also has those large, over-stuffed chairs and couches that appear charming until you sit in one and realize that its charm abandoned it long ago when you disappear completely into its old, unsupportive cushions.

But they sure are fun to draw. Couches and chairs possess a certain gravity for me. I enjoy trying to render them. They have a personality that I want to capture. A story they want to tell.

A little side note… despite the abundance of seating options available in this coffee shop, if I start drawing a chair there’s a 90% chance someone will sit down in it.

Here are some of the quick drawings I’ve done while sitting in the coffee shop. The drawings are various combinations of pencil, pen, watercolor, and marker -- all done in a Moleskine sketchbook. I experiment with each drawing, trying to figure out a new way to render shapes and edges. 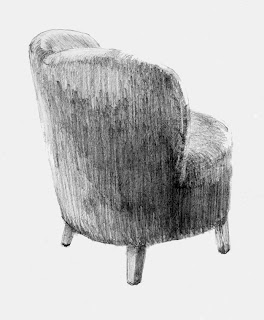 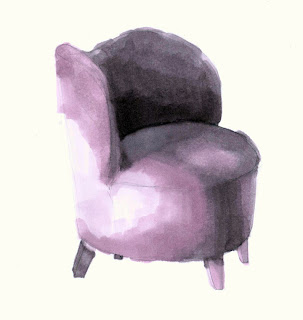 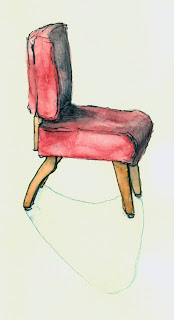 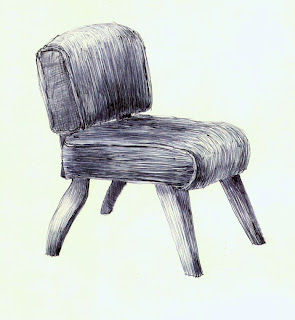 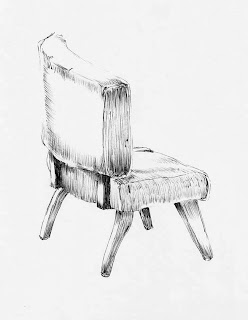 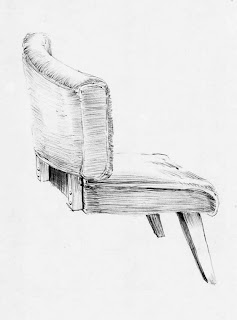 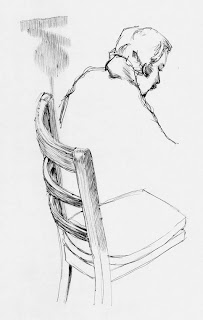 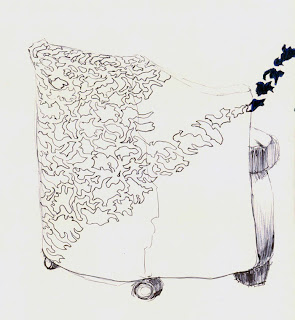 I wouldn't say that I have a love/hate relationship with markers.  It's probably closer to a mild-amusement/hate relationship.  They have a quickness and immediacy to them that I admire, but I dislike almost all of their other qualities.  They apply unevenly.  They don't layer well so you're left with the raw marker colors (like oil paint straight from the tube) and hard edges.  This leaves odd value steps and disparate colors.  It's rare when I see a piece of artwork rendered in marker that I like.  It resembles either graffiti or a coloring book.

But it's Christmas time so I'm able to open my heart a little bit.  I bought Adam Hughes' fantastic book, Cover Run, a few weeks ago.  I love his design and draftsmanship, but I find myself charmed by his skin tones -- they have this wonderfully grayed-down, pink/purple hue.  I knew that he drew and inked his artwork via traditional means, and then colored it with Photoshop, but what I didn't know was how extensively he used markers.  I conducted research and found online video lessons where he demonstrated how he used the markers.  His results were fantastic.  I became intrigued.

For Christmas I asked for marker sets.  Santa must have received my letter in time because sitting at the base of the tree on the 25th were my requested markers.  I got a 24 color set and a 12 (warm) gray set.... and voila... one of my first marker pieces....

I was impressed with the markers.  I could work wet-into-wet and create soft edges.  The gray set contained 10 markers of different gradient values with each marker set at a 10% value interval from light to dark (there are two additional blacks for a total of 12 markers).  This made some of the decisions easier since I only had to determine whether an adjacent shape was lighter or darker than the previous and by how much.  Taking Adam Hughes' advice, I reduced the number of skin values to the four lowest available markers.  This made for a more attractive looking person and gives the background more values to play with (if I were to do a background).  It was an interesting exercise, made easier by the monochromatic nature of the gray set.  I played around with the multi-color set and well.... let's just say it's going to take some time for me to not hate them.

Tamara Sitting In Chair (Marker on Bristol board, 5x7"). 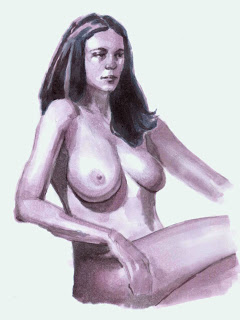 [UPDATE: 12/28/11]  Can't... stop... tinkering.... A little more marker in addition to colored pencils and gouache (for the buttons on the chair).  I only wish I could get a reproduction that shows the subtleties better.﻿  It's all much softer than it appears. 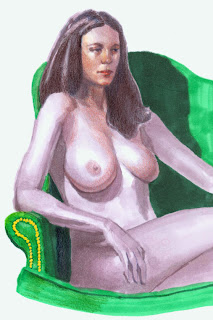 While perusing various skulls at the Museum of Natural History's Skulls exhibit, I encountered some where I quizzically wondered what animal it was.  Others left absolutely no doubt.... 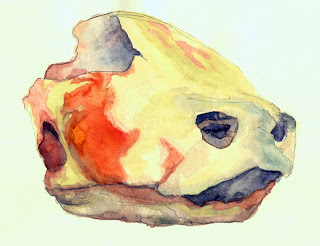 ﻿[UPDATE: 12/23/2011] As with most of my work, I tend to tinker with it after it's been posted.  I made some of the values darker using pen and a watercolor wash.  I also added the gray surface with acrylic. 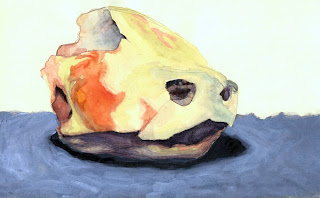 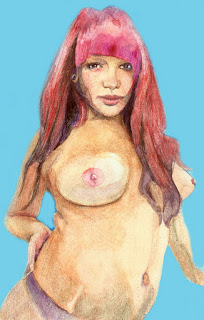 Posted by Bryan Tipton at 5:51 PM No comments:

Jeff (Conte on newsprint, 20x16").  This picture was taken 2/3 though the 2 hour live drawing session.  Jeff stands 6' 5" tall and is very lean so it's always a challenge to draw him, and not make him appear like he's 8 feet tall. 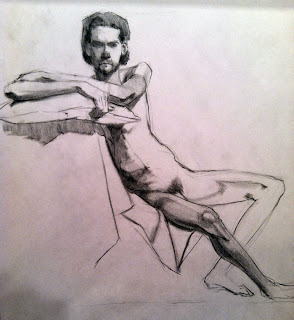 Posted by Bryan Tipton at 11:41 PM No comments: 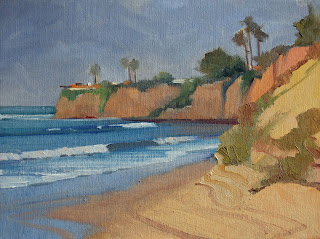 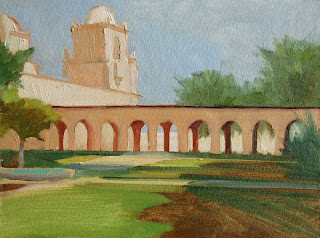